In order to use RunSignup, your browser must accept cookies. Otherwise, you will not be able to register for races or use other functionality of the website. However, your browser doesn't appear to allow cookies by default.

If you still see this message after clicking the link, then your browser settings are likely set to not allow cookies. Please try enabling cookies. You can find instructions at https://www.whatismybrowser.com/guides/how-to-enable-cookies/auto.

The Fast and The Fiorini Ride A-thon 2022

The Fast and The Fiorini Ride A-thon 2022

The traditional rode ride starts in downtown Wytheville then heads out through the pastoral Southwest Virginia counties of Wythe and Bland with one, two or three climbs of Big Walker Mountain. The start/finish is at HOPE's donate-what-you-can restaurant, the Open Door Cafè located at 650 West Main Street. Come ride, climb and enjoy our scenery and all the small-town charm Wytheville has to offer, including our recently revitalized Main Street and of course the annual Chautauqua Festival in the Park, an eight day family oriented arts and musical festival, which begins on ride day as well!

We are again offering a custom designed cycling jersey for our ride. All riders who successfully complete a designated route receive a complimentary medal.

The Big Walker Charity Ride, aka The Fast and the Fiorini, began as the Big Walker Century Ride in 2004. The ride was renamed in 2017 in memory of Ian Fiorini. No one quite touched the lives of area bicyclists and outdoors folks like Ian. He was at the table as we planned and implemented the first Big Walker Century Ride back in 2004 in his role as co-owner of Treehuggers Outdoors, a local outing store and specialized bike dealer on Main Street in downtown Wytheville.

Ian rode bikes, sold bikes, repaired bikes, tuned up bikes on the morning of many rides, and rode sag year after year. After working away from here, he returned and threw himself into this charity ride with the same Ian spirit.  He embodied the happiness of riding bikes and lived to share his passion with anyone that crossed his path. Sadly, in August 2016, he died suddenly, leaving behind his wife Jody, son Roman, immediate family members, and hundreds of friends and kindred spirits.

HOPE was honored to add Ian's name to our annual charity ride in 2017 as a way to memorialize his contribution to area cycling.  We hope to continue to bring friends and cyclists together so that we may spread a little of Ian's happiness to those who may need it. 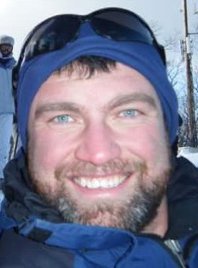 If you continue to use this site, you consent to use all cookies.